We’ve brewed our first hazy IPA with a juicy combination of Maris Otter & wheat malts, oats, and a truck load of tropical fruit driven hops from NZ, Australia and USA.

With origins going back to the 2000’s and Limburg Brewery in Hawke’s Bay, Bach Brewing was established in Auckland in 2013 by the Cooper family.  Since then Bach has gathered a trophy cabinet full of awards across beer styles, and in 2019 won top honour as the New Zealand Beer Awards – Champion Brewer Exhibitor.

There are no reviews yet. 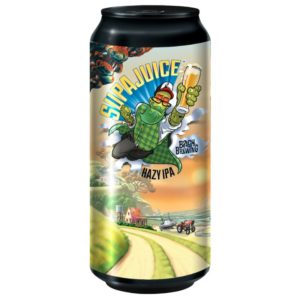